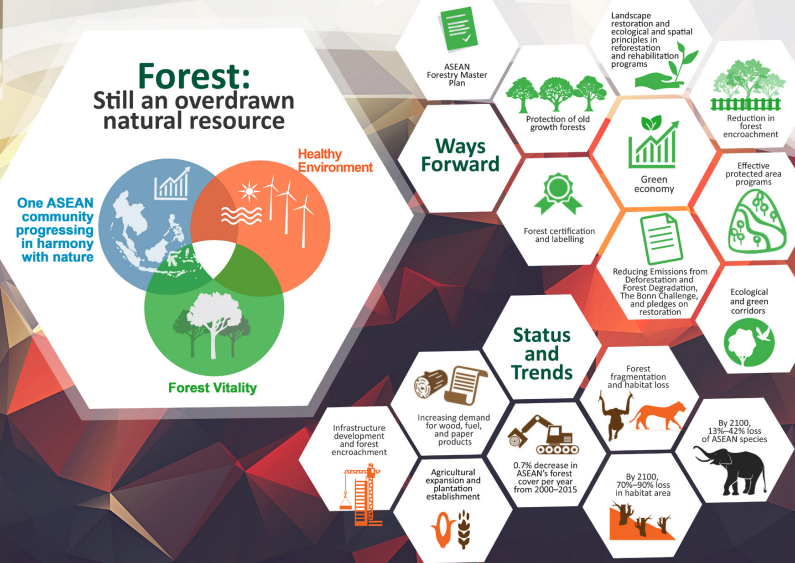 ASEAN’s forests have high species diversity and endemicity, making them one of the world’s critical habitats; and thus, highly important to global environmental sustainability and stability (ACB, 2010). However, the region’s forest areas have been declining due to agricultural expansion; increased use of forest resources of a growing population; pressures due to increasing timber demand; illegal logging; forest encroachment for human settlement; infrastructure development, shifting, and slash and burn cultivation; and forest fires, among others. Reported forest contractions by the ASEAN Member States (AMS) were highly significant, losing as much as 30 to 45 percent of forest areas in the past four decades.