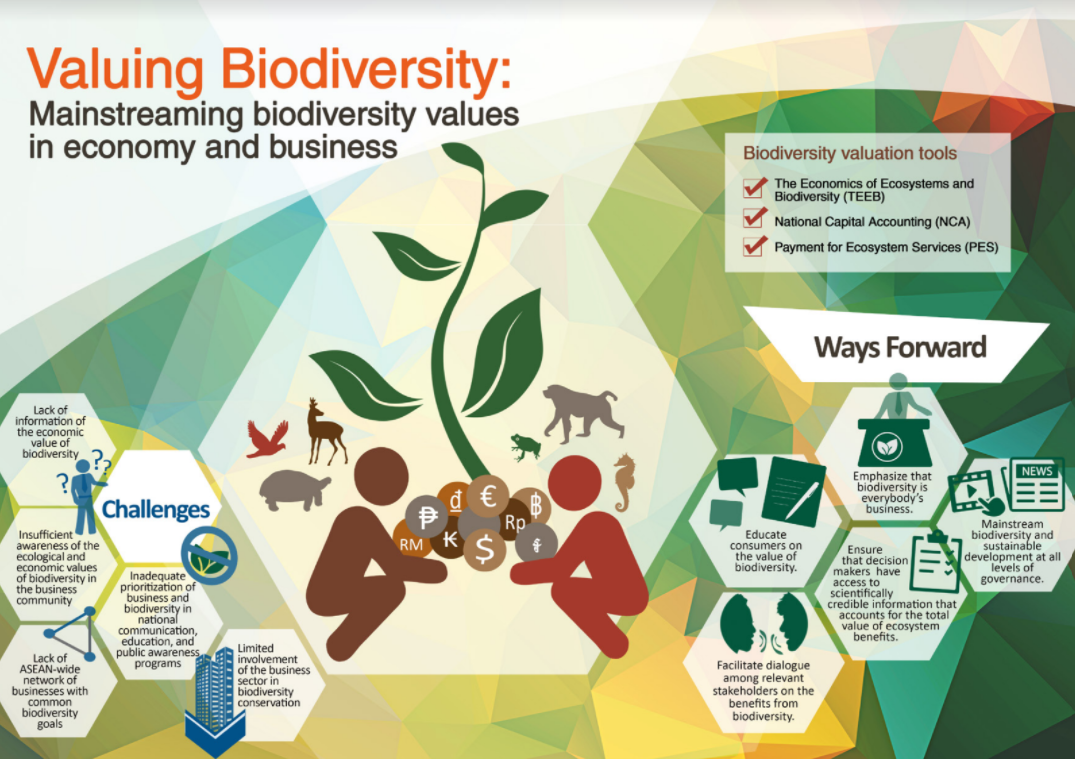 The ASEAN region is endowed with biodiversity that sustains essential life support systems both for the region and the world. This biodiversity supports livelihoods and cultures, and are vital to the survival and well-being of millions within and beyond ASEAN. Biodiversity is increasingly threatened by global and regional environmental concerns such as climate change, habitat destruction, deforestation, pollution, illegal wildlife trade, invasive alien species, poverty and population growth, ineffective law enforcement, and lack of effective conservation measures, among others. Extractive industries, such as mining, logging, and fishing, tend to harvest resources beyond their limits and often employ irresponsible business practices to increase yield and profits.

The World Wide Fund for Nature’s Living Planet Report 2014 determined that more than 60 percent of the world’s ecosystems have been so degraded that they can no longer provide quality goods and services. While the value for overall ecosystem degradation is difficult to assess in ASEAN, a region wide scoping study in 2012 on the economics of ecosystems and biodiversity conducted by the ASEAN Centre for Biodiversity (ACB) stated that under a business-as-usual (BAU) scenario, the projected loss in the value of ecosystem services from a decrease in mangrove areas is estimated at USD 2.16 billion annually (in 2007 prices). In the case of coastal and marine ecosystems, an annual loss of USD 5.64 billion per year (in 2007 prices) for the period of 2000–2050 is projected if current rates of overfishing and the use of destructive fishing practices continue.