Taxonomy: Key to the conservation puzzle 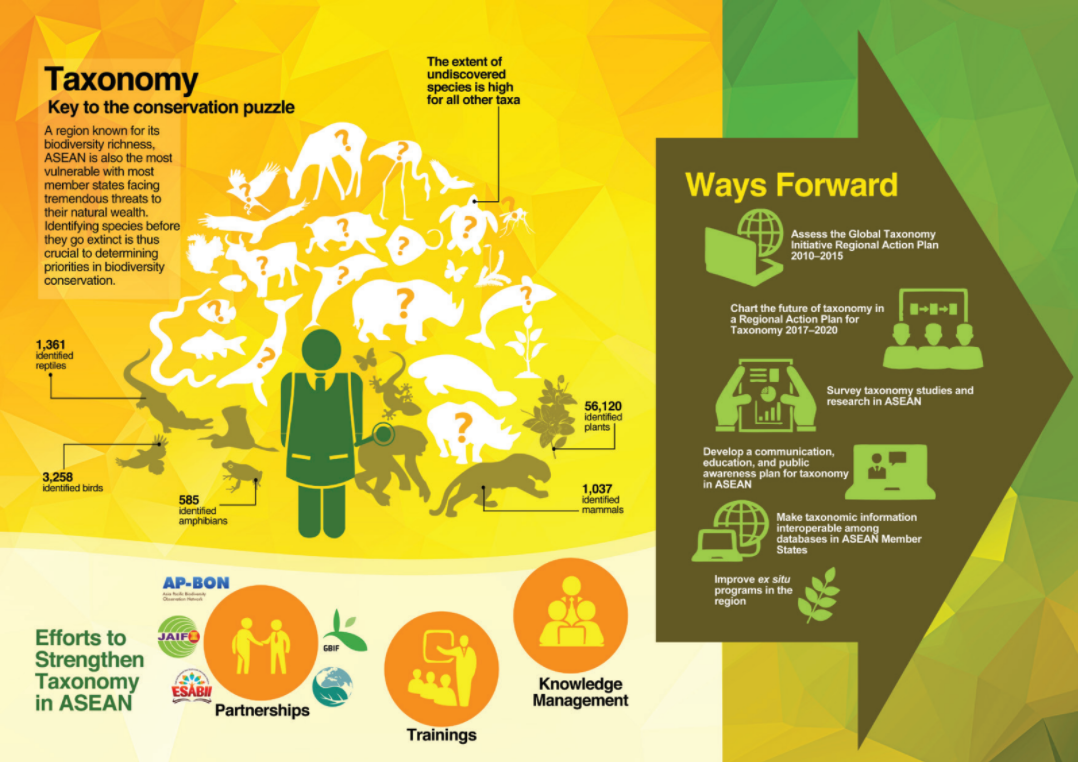 According to the Convention on Biological Diversity (CBD), out of an estimated 30 million species worldwide, taxonomists have identified some 1.78 million species in 250 years of research. About 10
percent of vertebrates, greater than 50 percent of terrestrial arthropods, and up to 95 percent of
protozoa remain undescribed. Millions of species which may hold the key to food security, life-saving
medicine, and other benefits, remain unstudied.

More species continue to be discovered in the ASEAN region each year. Unfortunately, almost the whole region is considered a biodiversity hotspot as the high number of endemic species is threatened
by more than 70 percent loss of their original habitats. The sheer number of undiscovered species requires an army of scientists, each with their own area of expertise, to identify, name, classify, and study the millions of species on Earth.

The global decline in the number of taxonomists is even more apparent in the ASEAN region. Few
academic institutions in ASEAN Member States (AMS) offer formal instruction in taxonomy and thus
limits research in species and biodiversity conservation. ASEAN must improve expertise in taxonomy to properly document the region’s rich biodiversity. Spurring large-scale interest in taxonomy and improving taxonomic capacity are fundamental to the reduction of global biodiversity loss, implementation of the CBD Strategic Plan for Biodiversity 2011–2020, and the attainment of Aichi
Biodiversity Targets and Sustainable Development Goals.