Agricultural ecosystems are artificial ecosystems created in the process of developing land and coastal/aquatic areas for farming, animal husbandry, and fishing.

Since agriculture evolved to bring about gains for human societies, it follows that people have continued to draw numerous benefits from these types of ecosystems. It has served as people’s primary source of sustenance and livelihood, as well as other basic needs, for generations. In the case of the Philippines, it is historically one of the primary economic drivers for the country.

There are approximately 1,210 local agricultural plant species here, over a third of which has food value. Agriculture also supports other cash crops for feed, medicinal/herbal, ornamental, and industrial values. Rice, corn, and coconut are the main types of produce obtained through agriculture in the Philippines.

It can be said that agricultural ecosystems are both threatened and serve as a threat to other ecosystems as well, despite their unquestionable socio-economic importance. On one hand, continuous urban development for residential and commercial land use is encroaching on agricultural lands. In turn, farmers are forced to move upland, harming forest ecosystems in the process.

Another important issue that needs to be addressed in matters regarding agriculture is the debate involving high value hybrid crops and genetically modified organisms that was sparked by the so-called Green Revolution of the 1960s. While these applications of modern biotechnology are developed with the benefit of humankind in mind (i.e. increasing food supply and ensuring world food security), the environmental and human health risks involved in the propagation of such crops have yet to be adequately studied and are thus still much-debated in the overall biodiversity protection and conservation campaign. 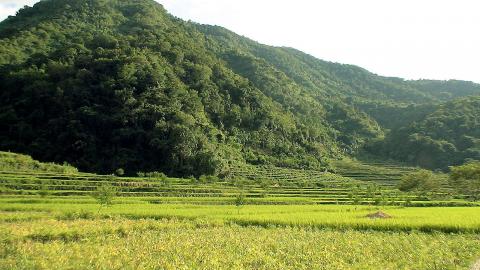