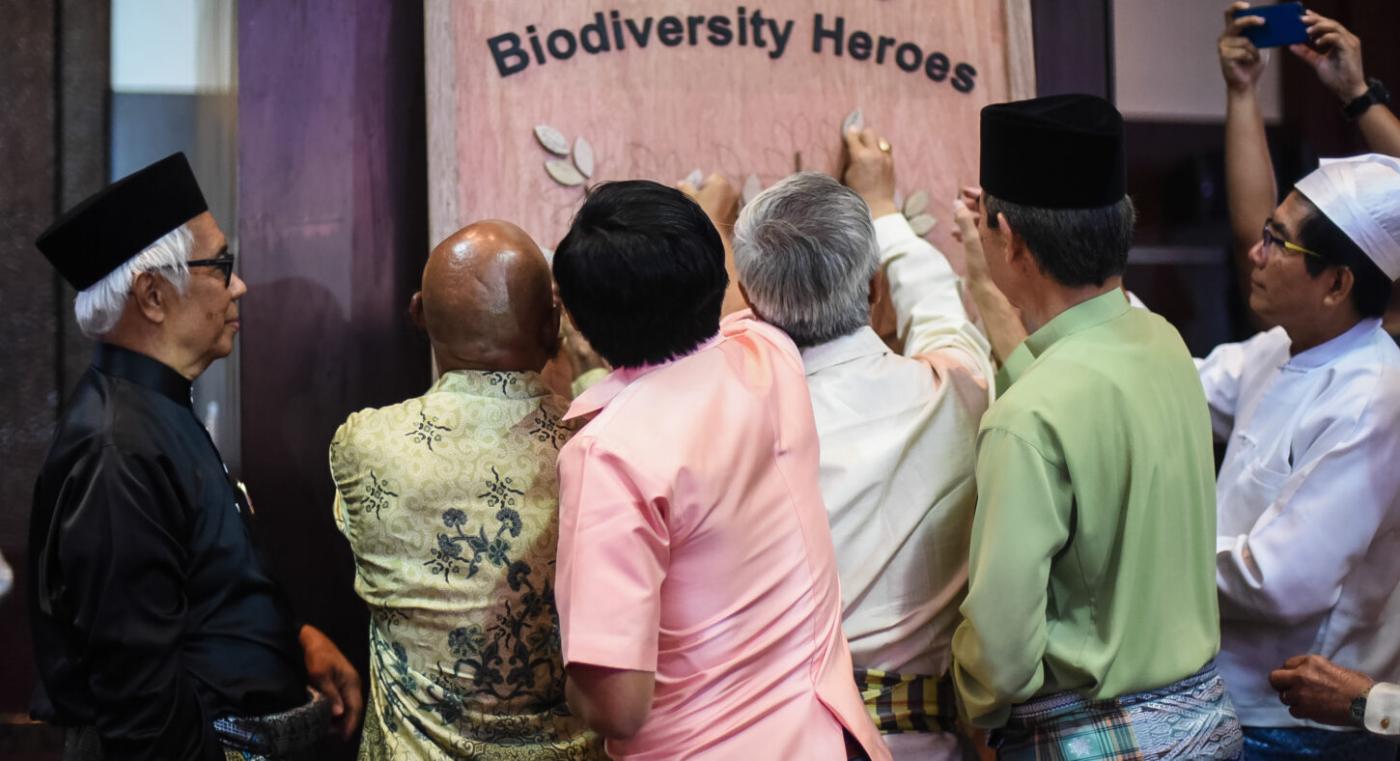 From local community leaders protecting forests and rivers for future generations to business leaders investing in biodiversity initiatives and educators mentoring younger generations in conservation studies, the ASEAN region is home to individuals who, in their own special ways, have made significant impact on biodiversity conservation in their respective communities, countries, and the region.

These are the stories being showcased under the ASEAN Biodiversity Heroes, an awards programme launched by the ASEAN in 2017 to shine a spotlight on the impactful biodiversity initiatives led by individuals all over the region.

“Our hope is that as people get to know the heroes, they will be motivated to act for biodiversity. Our younger generations may be inspired to mainstream biodiversity in whatever career they choose to take. Taking into account the value of biodiversity in all their decisions and in the actions they will make will go a long way in our path towards sustainability,” she added.

In 2017, the ACB, the European Union through the Biodiversity Conservation and Management of Protected Areas in ASEAN (BCAMP) project, introduced 10 ASEAN Biodiversity Heroes who were selected by the ASEAN Member States on the relevance of their contributions to biodiversity conservation, the impact of these conservation efforts in their respective countries and the region, the replicability of their actions, and the recognition they received in communities where they belong.

Honouring a new batch of Heroes

In November 2022, ASEAN will introduce a new batch of ASEAN Biodiversity Heroes.

One of the commemorative activities for the 55th anniversary of the ASEAN and the 17th anniversary of the ACB, the 2022 staging of the awards is supported by the European Union, through the Biodiversity Conservation and Management of Protected Areas in ASEAN (BCAMP), project, and Metro Pacific Investments Corporation (MPIC). The ACB serves as the awards secretariat.

The 2022 ASEAN Biodiversity Heroes awards ceremony will be hosted by the Republic of Indonesia and will be one of the highlights of the Seventh ASEAN Heritage Parks Conference to be held in Bogor from 31 October to 3 November 2022.

One of the 2017 awardees was Malaysia’s Prof. Zakri Abdul Hamid, eminent scientist, educator, public servant, diplomat who has made a lasting impact on analysis and assessment of global biodiversity and ecosystem services. After being recognised as an ASEAN Biodiversity Hero, he also received the Global Competitiveness Award in November 2017 and the Midori Prize for Biodiversity in October 2018. Today, he is a member of the Governing Council of the UN Technology Bank for Least Developed Countries and ambassador and science adviser of the global Campaign for Nature. He recently joined the UCSI University as professor and founding director of its International Institute for Science Diplomacy and Sustainability.

Myanmar’s Dr. Maung Maung Kyi, chairman of the Rakhine Coastal Region Conservation Association, was honoured for effectively promoting community participation to conserve various habitats. Today, he continues to lead the grassroots organisation, helping local Rakhine people implement initiatives that protect their unique coastal ecosystems, traditional culture, and livelihoods. He was a speaker at the Second Asia Parks Congress in May 2022.

Dr. Angel C. Alcala, a Filipino national scientist and professor emeritus at Silliman University, was recognised for championing coastal resource management and terrestrial biodiversity conservation. He continues to lead the university’s Angelo King Center for Research and Environmental Management. In 2021, scientists from the University of Kansas and California Academy of Sciences named a new species of reed snake after Dr. Alcala in honour of his contributions to the study of Philippine amphibians and reptiles and biodiversity conservation.

Prof. Dang Huy Huynh, Vice Chair, Viet Nam Association for Conservation of Nature and Environment, was nominated for fostering the exchange of knowledge and solutions to conserve Viet Nam’s biodiversity.

At a Biodiversity Heroes forum held in Viet Nam, Prof. Huynh encouraged the young participants to do their part in conserving biodiversity. “I am 90 years old. I am doing my best to connect two generations—the young and the old, not just in the ASEAN region but also in the world. In times that you feel like your biodiversity conservation efforts are not enough, just keep in mind that if this old man can do it, then definitely, you can. 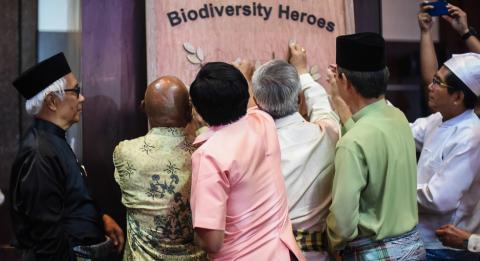