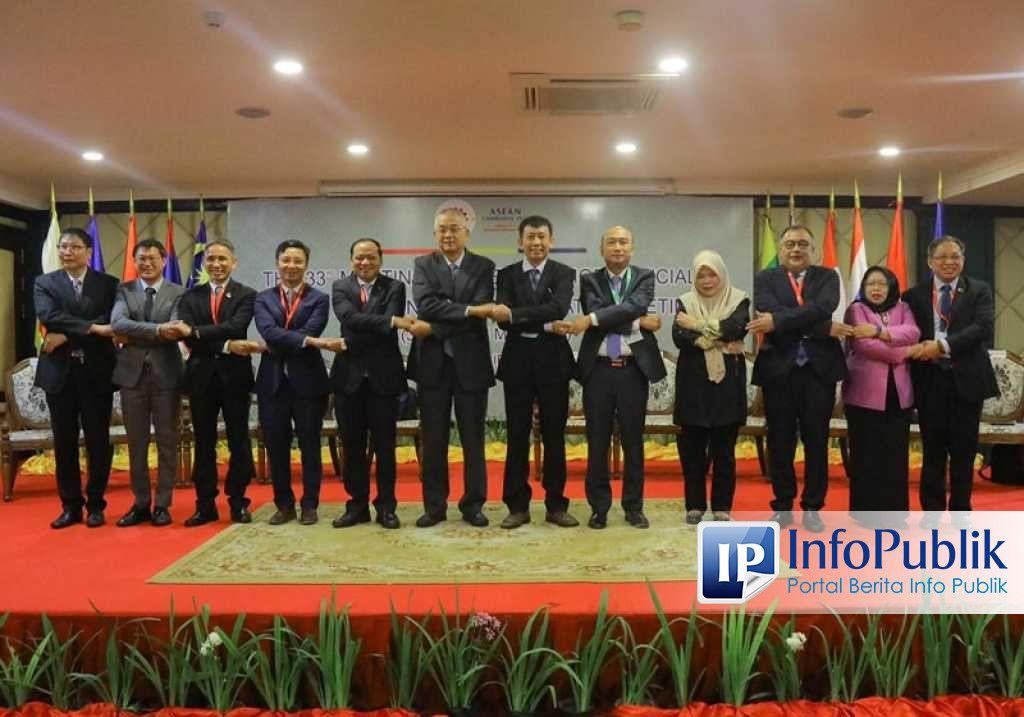 Jakarta, InfoPublik – The 33rd ASEAN Senior Officials on Environment (ASOEN) meeting in Cambodia, agreed on three things, namely supporting Indonesia’s hosting of the 34th ASOEN and related meetings in 2023, noting Indonesia’s invitation to attend the 7th ASEAN Heritage Parks ( AHP) Conference in Bogor on 30 October-4 November 2022, and noted Indonesia’s information on the opportunity to hold a capacity building workshop on plastic waste in the ocean (capacity-building workshop on marine plastic debris) within the framework of the AOIP in 2023, besides Indonesia chairing the ASEAN Working Group on Chemicals and Waste for the period 2022-2024.

“The support from the 33rd ASOEN for Indonesia as the host of the 34th ASOEN meeting along with the Indonesian Chairmanship in ASEAN 2023 is an important momentum,” said the Head of the Environmental and Forestry Instrument Standardization Agency of the Ministry of Environment and Forestry (Head of BSILHK), as ASOEN Chair Indonesia, Ary Sudijanto, in an official statement received Public Info on Wednesday (12/10/2022).

The meeting was attended by ASEAN member states (AMS), ASEAN Secretariat (ASEC), and ASEAN Center for Biodiversity (ACB), as well as ASEAN dialogue partners from Japan, Korea, China, the European Union and the United States.

Meanwhile, the members of the Delegation of the Republic of Indonesia consist of the KLHK team from the elements of the Center for Standardization of Disaster Resilience and Climate Change Instruments-BSILHK, the Directorate General of Climate Change Control (PPI), the Directorate General of Waste, Waste and B3 Management (PSLB3), and the Bureau of Foreign Cooperation and elements of the Directorate ASEAN Socio-Cultural Cooperation and the Indonesian Embassy in Phnom Penh Ministry of Foreign Affairs.

Ari explained, in general, the 33rd ASOEN meeting discussed reports on the results of the seven working groups that discussed cooperation related to ASOEN and dialogue partners to discuss the development of existing cooperation and the potential for new collaborations in the environmental sector, as well as discuss the change of chairmanchairperson) ASOEN working group.

In addition, the 33rd ASOEN meeting agreed on important matters, including ratifying the draft ASEAN Joint Statement on Climate Change to COP27 UNFCCC which will be adopted by heads of state at the ASEAN Summit in November 2022, ratifying the chairmanship of seven ASEAN environmental working groups. the 2022-2025 period, including the chairmanship of Indonesia in the ASEAN Working Group on Chemicals and Waste, and noting the proposal for the preparation of the ASEAN Strategic Plan on Environment post-2025.

“BSILHK, which has the mandate as national focal point ASOEN together with other parties will play a strategic role to make this agenda a success for the advancement of ASEAN regional environmental management,” he explained. 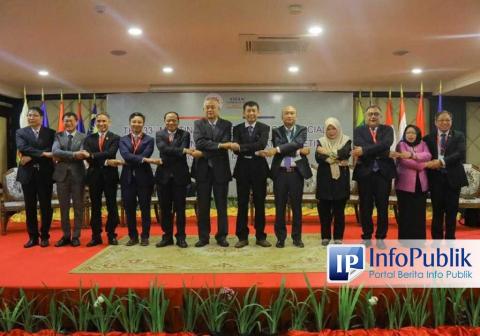