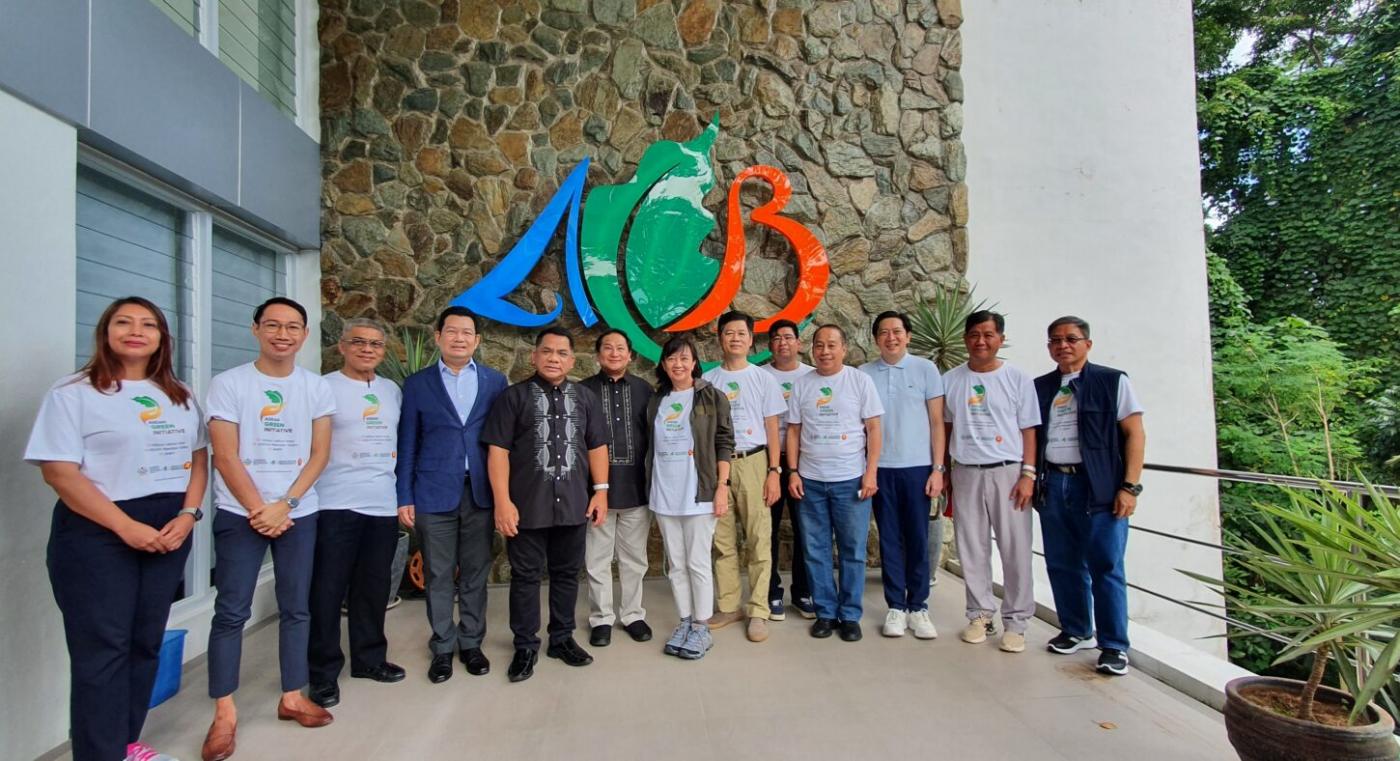 Los Baños, Laguna, Philippines—Staying true to this year’s ASEAN Day theme, Stronger Together, ambassadors, executives, and officers representing the ASEAN Member States (AMS), the Department of Foreign Affairs (DFA), University of the Philippines Los Baños (UPLB), and the ASEAN Centre for Biodiversity (ACB) convened for a tree planting and family day event to signify their commitment to act for ecosystems restoration as one solid community promoting a nature-positive future for the region.

In celebration of ASEAN’s 55th founding anniversary, the DFA and the ACB jointly organised the commemorative activity at the ACB headquarters and at the UPLB campus on 20 August 2022.

DFA Assistant Secretary for ASEAN Affairs Daniel Espiritu shared that the ASEAN’s priorities are no longer limited to joint political security and economic cooperation. “ASEAN has already expanded the range of its concerns to non-traditional security issues, which includes among others the environment,” he said in his keynote message. Asec. Espiritu lauded the ACB, the sole ASEAN centre hosted by the Philippines, for its continued embodiment of ASEAN’s commitment to the environment, biodiversity, and sustainable development, and encouraged the AMS to continue supporting the ACB in realising its mandate.

In her welcoming speech, Dr. Theresa Mundita Lim, ACB executive director thanked the ASEAN leaders who continue to support the ACB as the regional hub for biodiversity in ASEAN. “We are inspired by the ASEAN leaders’ unwavering support to the ACB as expressed in the recent Joint Communiqué of the 55th ASEAN Foreign Ministers’ Meeting where the role of the Centre in mainstreaming biodiversity in development, promoting nature-based solutions to promote the region’s resilience to zoonotic diseases, addressing climate change, and facilitating ASEAN’s contributions to the post-2020 global biodiversity framework were recognised,” said Dr. Lim.

One community for a greener future

Dr. Lim shared that the location and the species for the tree growing event were strategically selected to serve as a protection for two white lauan (Shorea contorta) trees beside the ACB headquarters. Forestry experts from UPLB and BINHI Program of the Energy Development Corporation (EDC), expressed that these trees, which are around 25 meters tall and about 50 to 60 years of age, were likely to have been planted during habitat restoration efforts on Mount Makiling that started more than half a century ago.  This dipterocarp species can only be found in Southeast Asia and is endemic to the Philippines. Lauan trees are now threatened with extinction because of habitat loss particularly of lowland dipterocarp forests. “One or two trees alongside each other are not enough to protect themselves from falling down when a strong wind or storm comes. I believe this is like ASEAN. If there are ten AMS standing together, we are stronger—strong enough to protect our region’s biodiversity from challenges and threats,” Dr. Lim emphasised.

This tree planting activity is in line with the ongoing flagship programme of the ASEAN, the ASEAN Green Initiative (AGI) which aims to encourage the planting of at least 10 million native trees in the 10 ASEAN Member States in a span of 10 years,  in response to the UN Decade of Ecosystem Restoration. The AGI, a recognition scheme for past and ongoing tree growing initiatives in the region, is being implemented by the ACB. 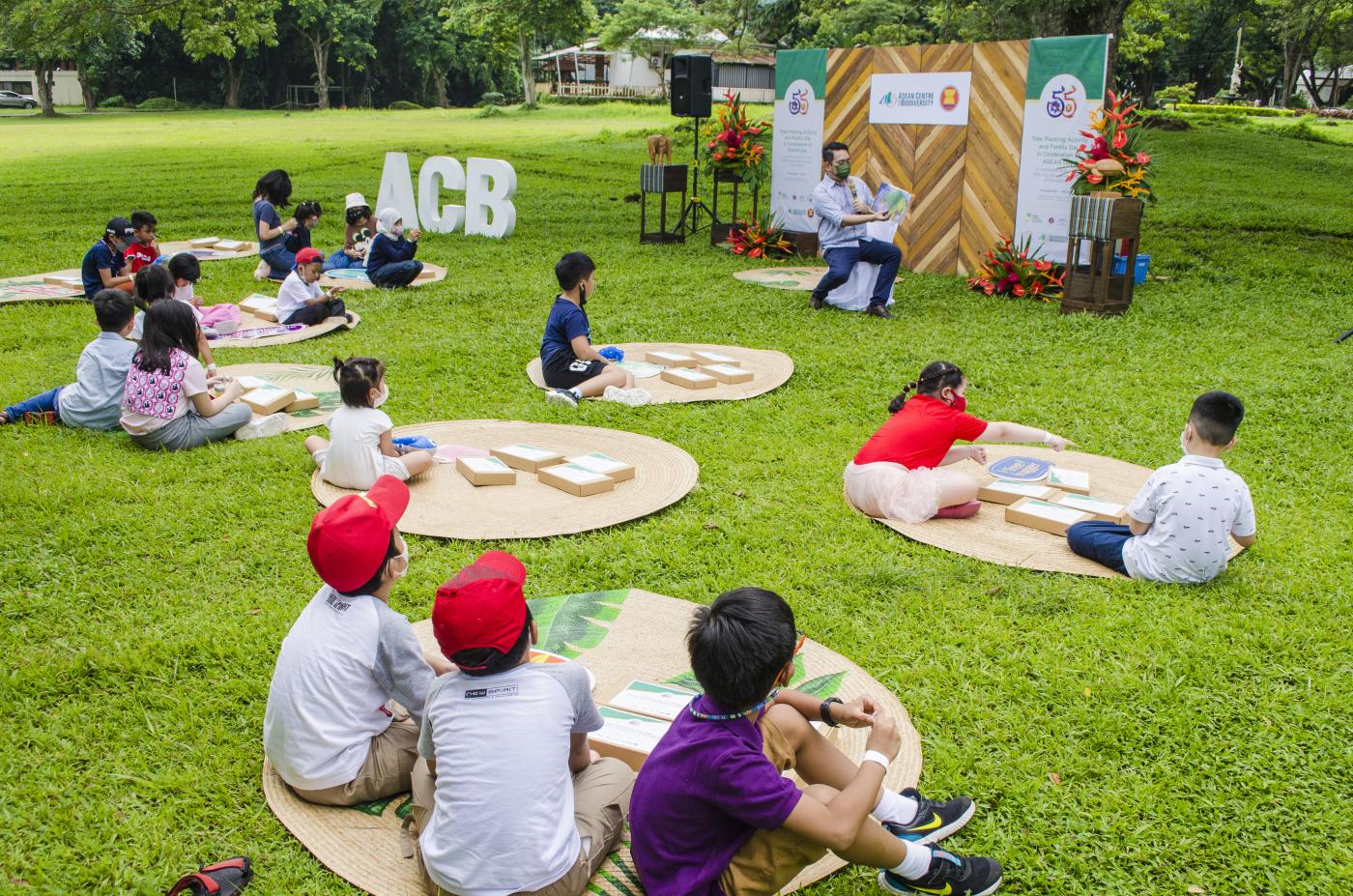 Start ’em young. Children of ambassadors of the AMS to the Philippines listening to biodiversity stories

Dr. Lim backed this statement by emphasising the importance of empowering the youth as champions of biodiversity. “Steering the ASEAN towards a future where we all live in harmony with nature entails an intergenerational exchange of wisdom, experience and innovation. Through the ASEAN Youth Biodiversity Programme (AYBP), the ACB is contributing to this call of developing and empowering the young minds of the region to take a bigger and more meaningful part in our conservation work,” said Dr. Lim.

Some of the highlights of the learning event were biodiversity storytelling, interactive games, and science experiments.

The event was participated in by the heads and representatives of the embassies of Brunei Darussalam, Cambodia, Indonesia, Lao PDR, Malaysia, Myanmar, Singapore, Thailand, and Viet Nam in the Philippines. 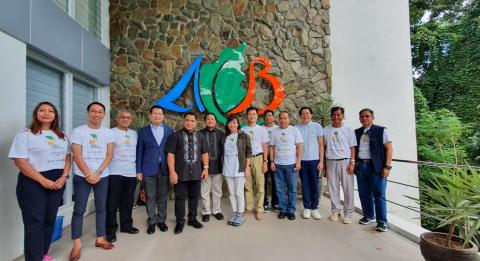