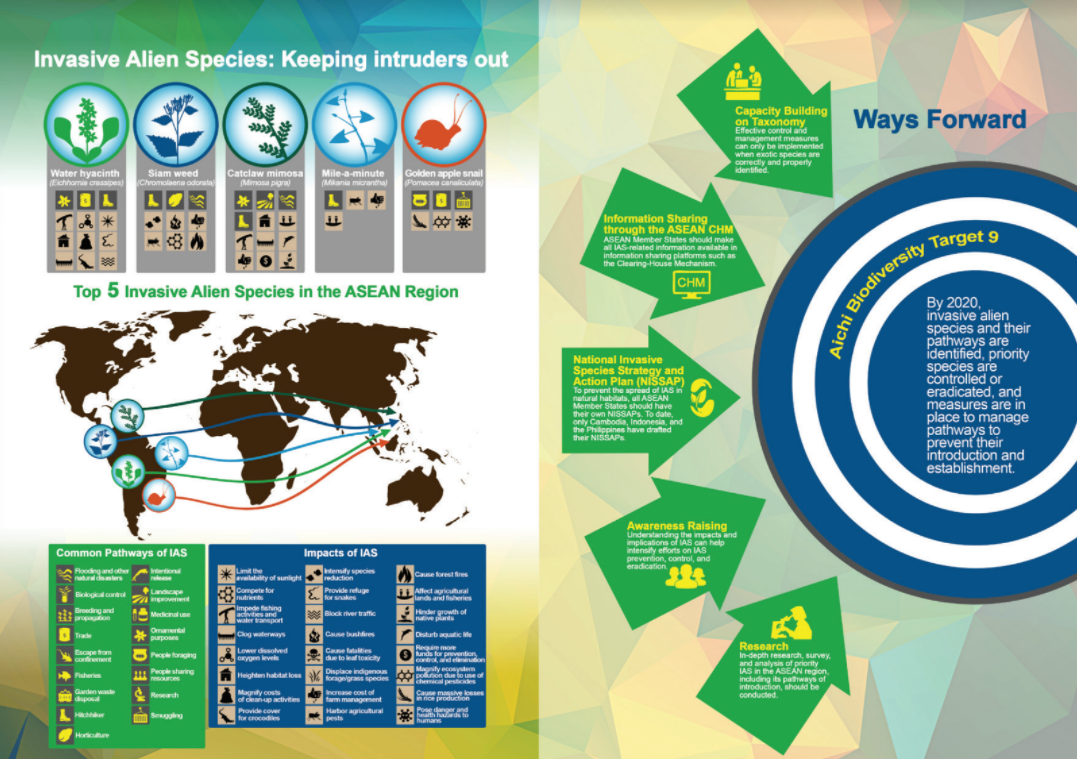 Invasive alien species (IAS) continue to demonstrate impacts both on land and water habitats, imposing heavy costs in control and management. They continue to spread with the influence of the changing climate. The ASEAN Member States (AMS) have identified and listed key IAS affecting forests, agriculture, and aquatic ecosystems, as part of their actions to meet the requirements of Aichi Biodiversity Target 9. However, pathways of introduction have yet to be comprehensively documented.

In the Regional Workshop on Classical Biological Control of Invasive Alien Species jointly organized by the Centre for Agriculture and Biosciences International (CABI) and the ASEAN Centre for Biodiversity (ACB) in September 2014, four priority forest IAS were identified as requiring interventions based on the consensus of nine AMS represented during the workshop. These are Siam weed (Chromolaena odorata), catclaw mimosa (Mimosa pigra), water hyacinth (Eichhorrnia crassipes), and mile-a-minute vine (Mikania micrantha)—all high-impacting and fast-spreading invasive species. The AMS also identified the golden apple snail (Pomacea canaliculata) as a priority IAS because of its significant impact in the agricultural sector.